Consider the official uniform of the VFW’s Military Order of the Cootie (MOC): red pants with a white stripe running down each side; ruffled  white shirt; lace-trimmed red vest emblazoned on the back with a gold-outlined, bug-like creature with flashing light bulb eyes; red, overseas-style cap worn sideways so that the tassels dangle beside the wearer’s  ears. Surely whoever designed this outfit must have had in mind the old saying that “clothes make the man.” After all, one of the principle objectives of the Cootie auxiliary is for its members to have and provide fun for themselves and others.

The MOC can trace its ancestry to the Imperial Order of the Dragon – a similar fun-loving auxiliary that was affiliated with the United Spanish American War Veterans (USAWV). After World War I, two veterans who were members of both the USAWV and the VFW thought that the VFW might be able to attract more members if it formed an auxiliary modeled on the Imperial Order of the Dragon. These men, Fred Madden and F.L. Gransbury, began recruiting members for the new auxiliary on September 17, 1920, at the VFW National Encampment in Washington, D.C. By the end of the encampment, nearly 300 members had been enrolled, and Fred Madden had become the first Seam Squirrel (commander). Later that year, a complete slate of officers was assembled and ratified at a special meeting held in Cavalry Baptist Church in New York City. Madden developed a constitution and by-laws while Gransbury authored the ritual. (Together with the official uniform, these were approved in 1924.)

In the years after its founding, the MOC took on several special projects designed to bring smiles to the faces of two special groups of people – hospitalized veterans and residents of the VFW National Home. Its involvement with the National Home came first. In fact, the Cooties were the first to back Amy Ross’s plan for the Home, and, in 1924, helped persuade the VFW to sponsor the project. Since then, there has never been a period of any extended length in which the Cooties have not been involved in some project for the Home’s betterment or for the happiness of those who live there.
Shortly after the Home was established, the Cooties began the tradition of sponsoring the Home’s annual Christmas party. They took it upon themselves to make sure the residents had Christmas presents and a Christmas dinner, and also that Cootie volunteers were always on hand to help organize and run the party. Then in 1933, the MOC received permission from the VFW National Encampment to build an athletic field at the National Home. Over the next few years, the Cooties raised $15,000 for the field, which was dedicated in 1941. No sooner had they finished paying for the field than the Cooties took on construction of an outdoor swimming pool. Before this pool was dedicated in September 1950, the Cooties had drummed up over $8,000 more than the $40,000 needed to build it.

The next major Home project was the brainchild of two Cooties, Collin Small and Charles Millard of Ohio’s Buckeye Pup Tent (local unit) No.2. Their “Operation Fire Department” called for the MOC to give the Home a fire truck and a building to house it, then train some of the older boys in fire fighting techniques. A Home fire department, they reasoned, could give a much faster response time to Home emergencies than fire departments of the surrounding towns. This operation was completed in 1950, during Supreme Commander Ernie Moore’s term. Subsequently, the Grand (Cootie equivalent of a VFW state department) of Maryland undertook the continual upgrading of the Home’s real Fire Department by raising the necessary funding through the sale of mythical commissions in a mythical “National Home Fire Department.” These fees allow the Grand of Maryland to make contributions towards the National Home Fire Department’s needs on an ongoing basis.

At the 64th Scratch in 1985, the MOC approved the establishment of a Supreme Escrow Account as an incentive for the National Home’s children to further their education beyond high school. Upon completion of a four-year college course, a student receives a check for $500 for each year attended. A $250 reward is given for each year courses are completed in a trade school or community college.

As dear to a Cootie’s heart as its National Home projects are, auxiliary members support its program for hospitalized veterans with equal enthusiasm. This program got its start in the 1940’s, when auxiliary members realized that World War II would soon fill the hospitals with sick and wounded veterans. To help these veterans keep their spirits up, many Cooties took it upon themselves to entertain the patients. Soon Cooties all over the country were visiting hospitalized veterans, pledging to “Keep ’em Smiling in Beds of White.” Today this goal is still one of the auxiliary’s highest priorities. Many Pup Tents and their Auxiliaries not only work with VAVS Hospital teams, but also perform services of their own at VA Hospitals and nursing homes. Thousands of Cootie hours and thousands of dollars are donated each year in carrying out this program.

Although MOC and ladies auxiliary members enjoy all Cootie activities – from supporting the National Home to visiting hospitalized veterans to helping out the VFW – members also engage in many activities that are designed solely for their entertainment. These include the method by which they govern their meetings and various procedures followed within them. To describe these methods and some of the other ways Cooties have fun would violate their bylaws, but it is possible to provide a glimpse of how Cooties sometimes have fun in public.

Picture Main Street in a Midwestern city of about 25,000 residents on a sunny Saturday morning in June. The sidewalks are crowded with shoppers, and traffic on the two-lane thoroughfare is almost bumper to bumper. Three men in Cootie uniforms, the lights on their vests winking, are sauntering down the sidewalk in front of the city’s largest department store.

Suddenly, one of the men glances heavenward and mumbles, “Oh, my God.” The other two look upward. As if they are watching the descent of a falling leaf, all three slowly lower their heads until they are staring at the ground. Taking small manuals from their hip pockets, the three sit down in a circle on the sidewalk, legs crossed and feet tucked under. Opening the manuals, they begin reading the service for a dead Cootie (most of it ad-libbed as they go along).

Gradually a crowd gathers around the men, some of it overflowing into the street. As the crowd grows and traffic comes almost to a standstill, two policemen approach to determine the cause of the blockage.

One of the officers glances at the seated trio, then informs them, “You’ve got three minutes to get him planted, then move on.” As a knowledgeable member of the VFW, the officer has quickly sized up the situation.

Shaking his head, the officer mutters, “Crazy Cooties,” and walks back to his partner.

MOC tri-fold – We Pick Our Company

Send all your hospital reports to the 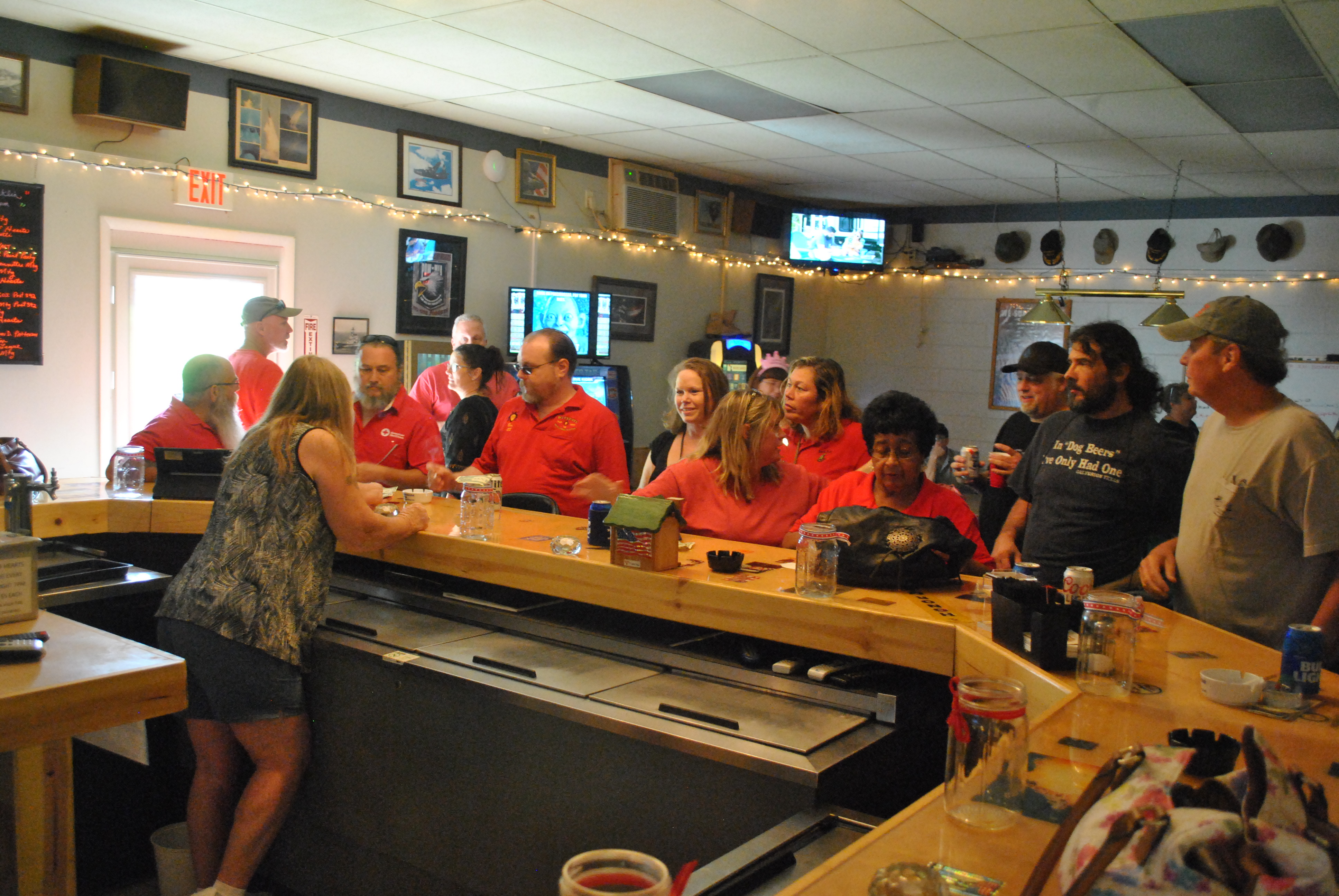 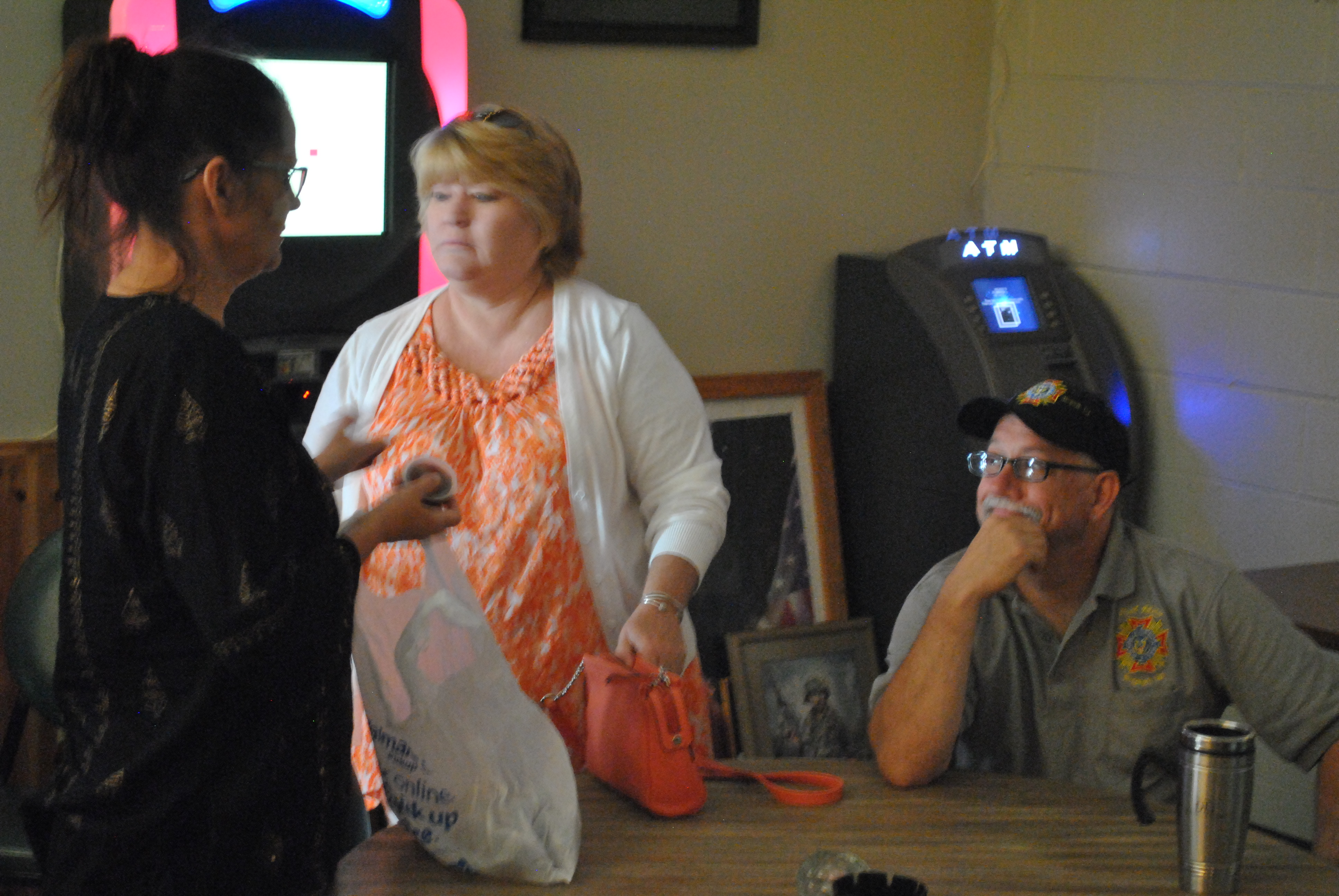 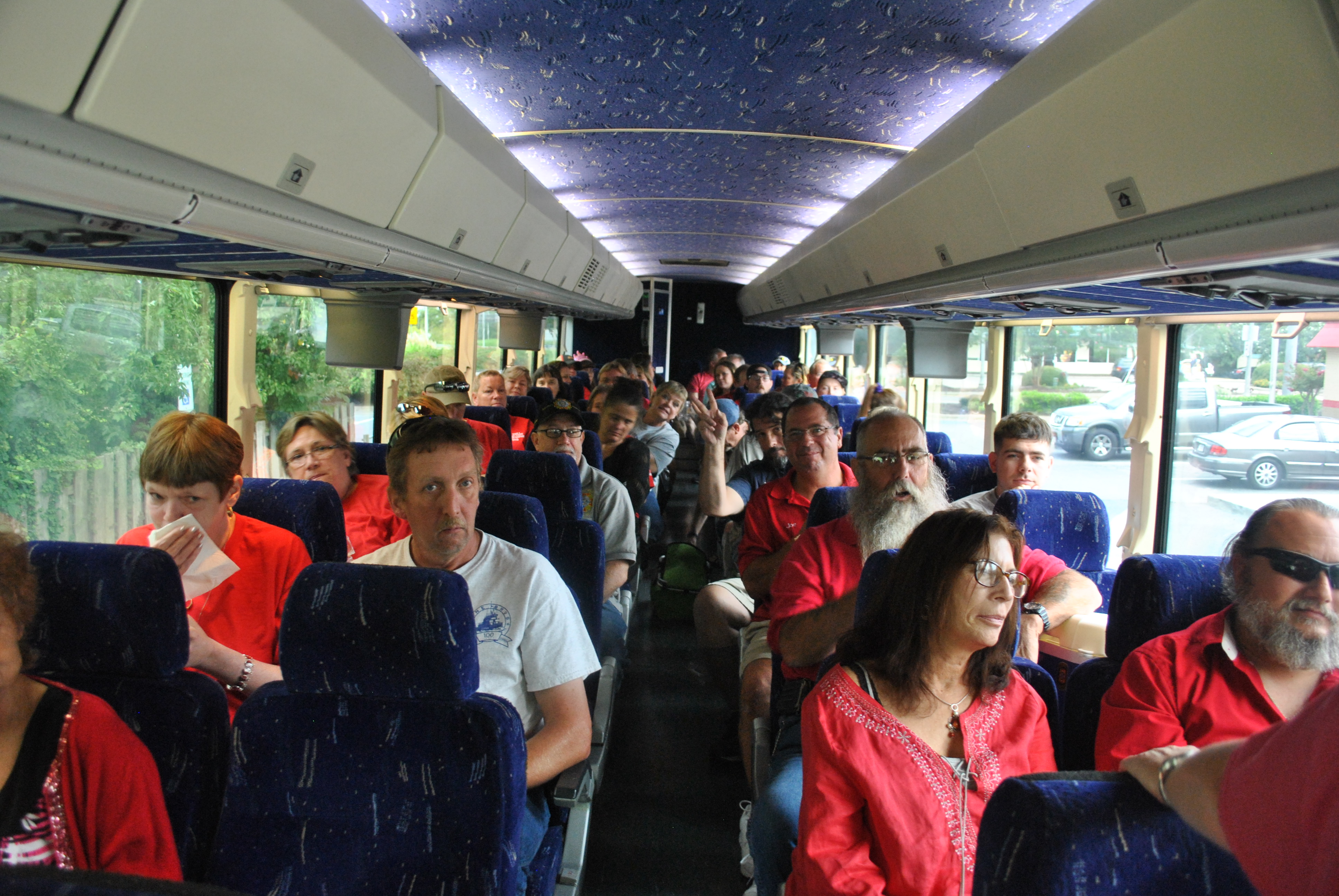 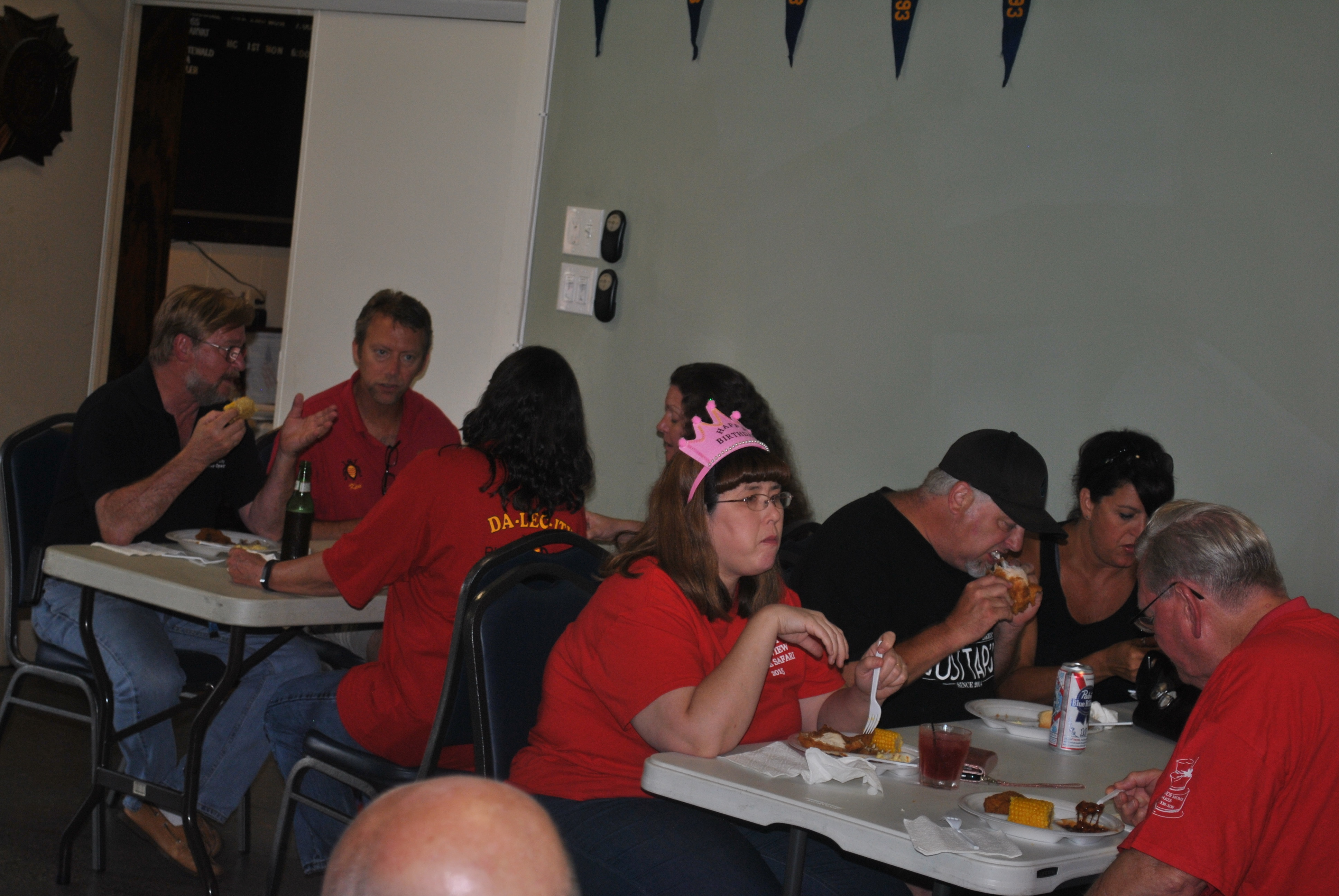 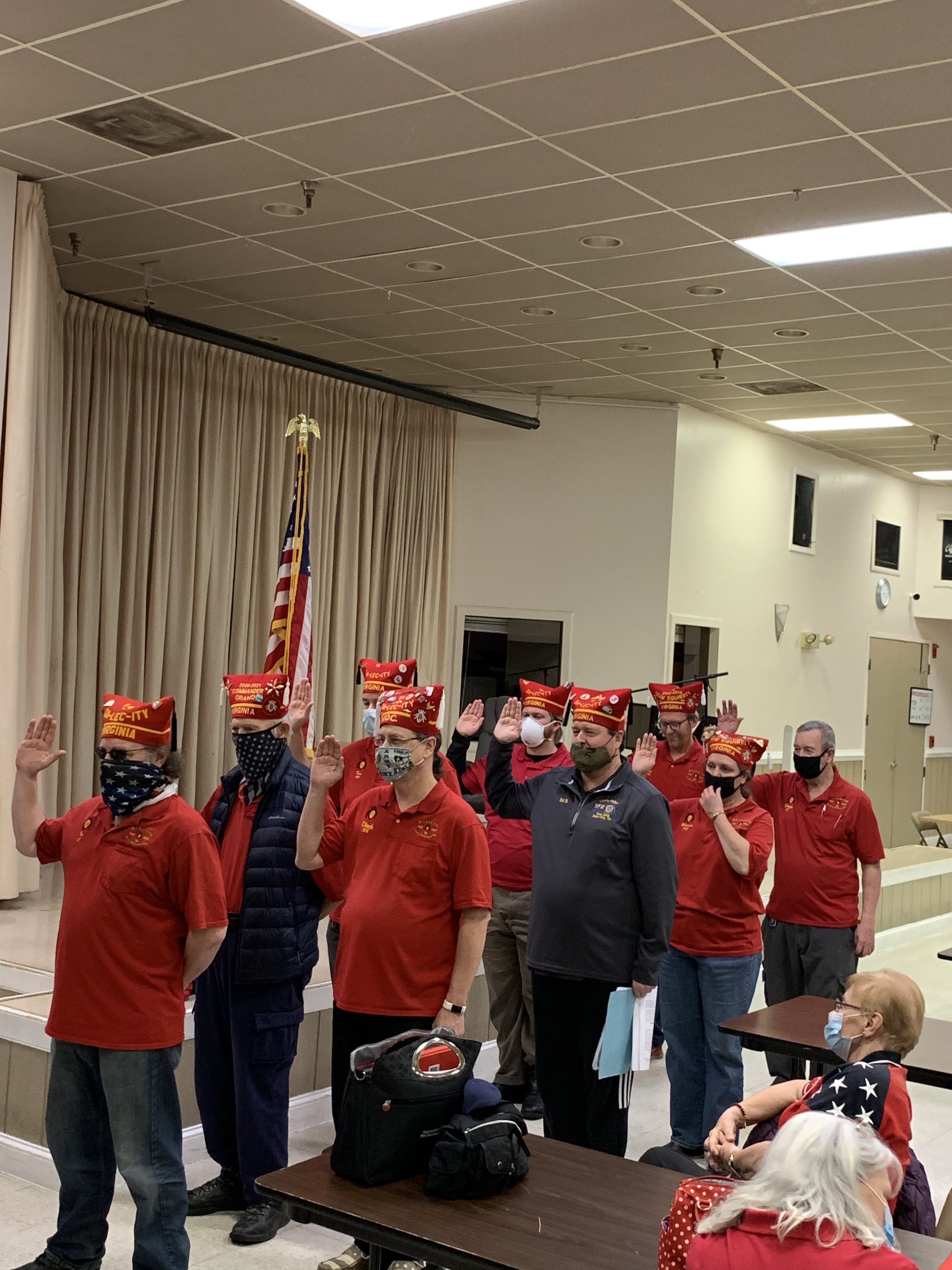 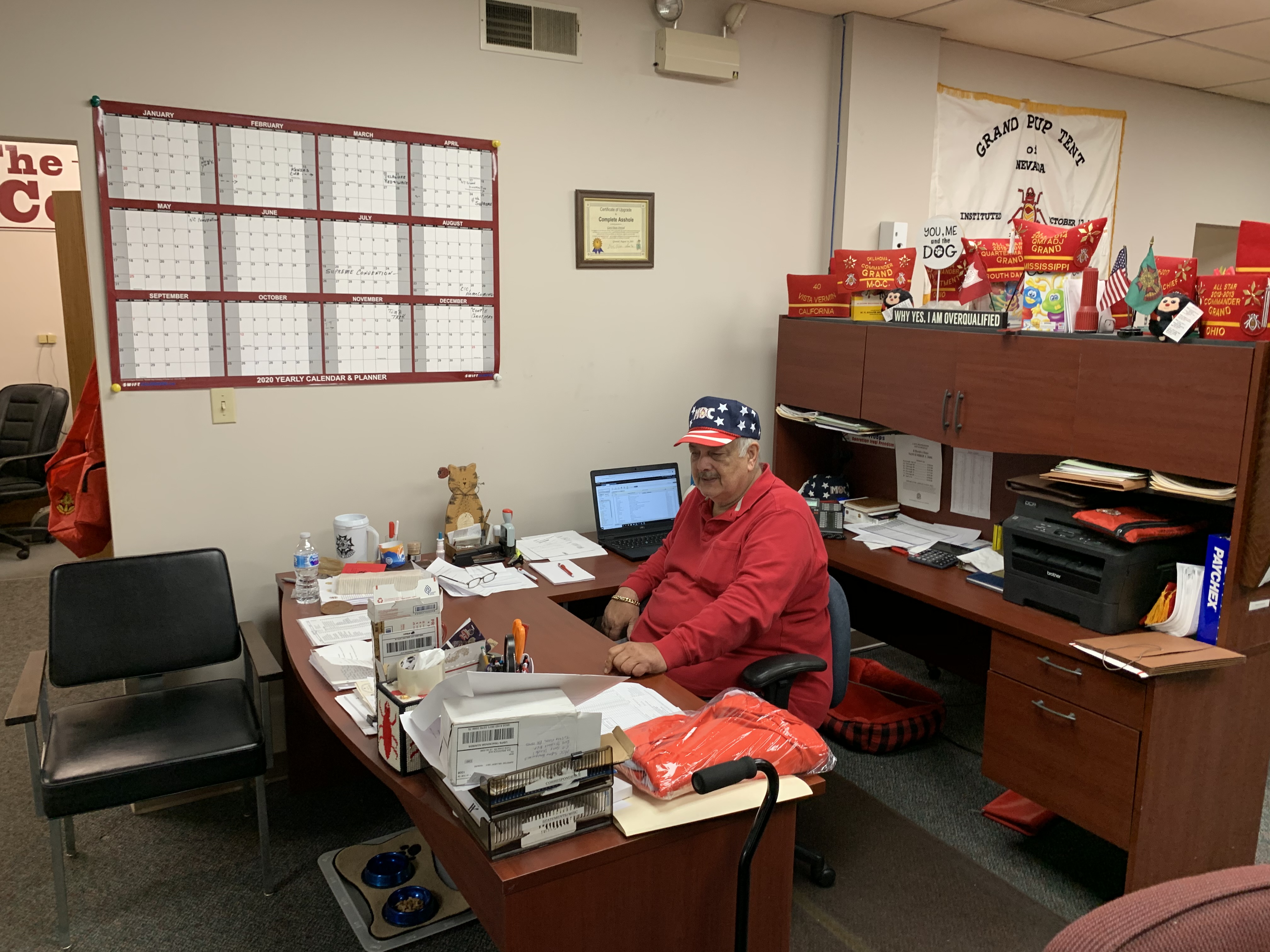 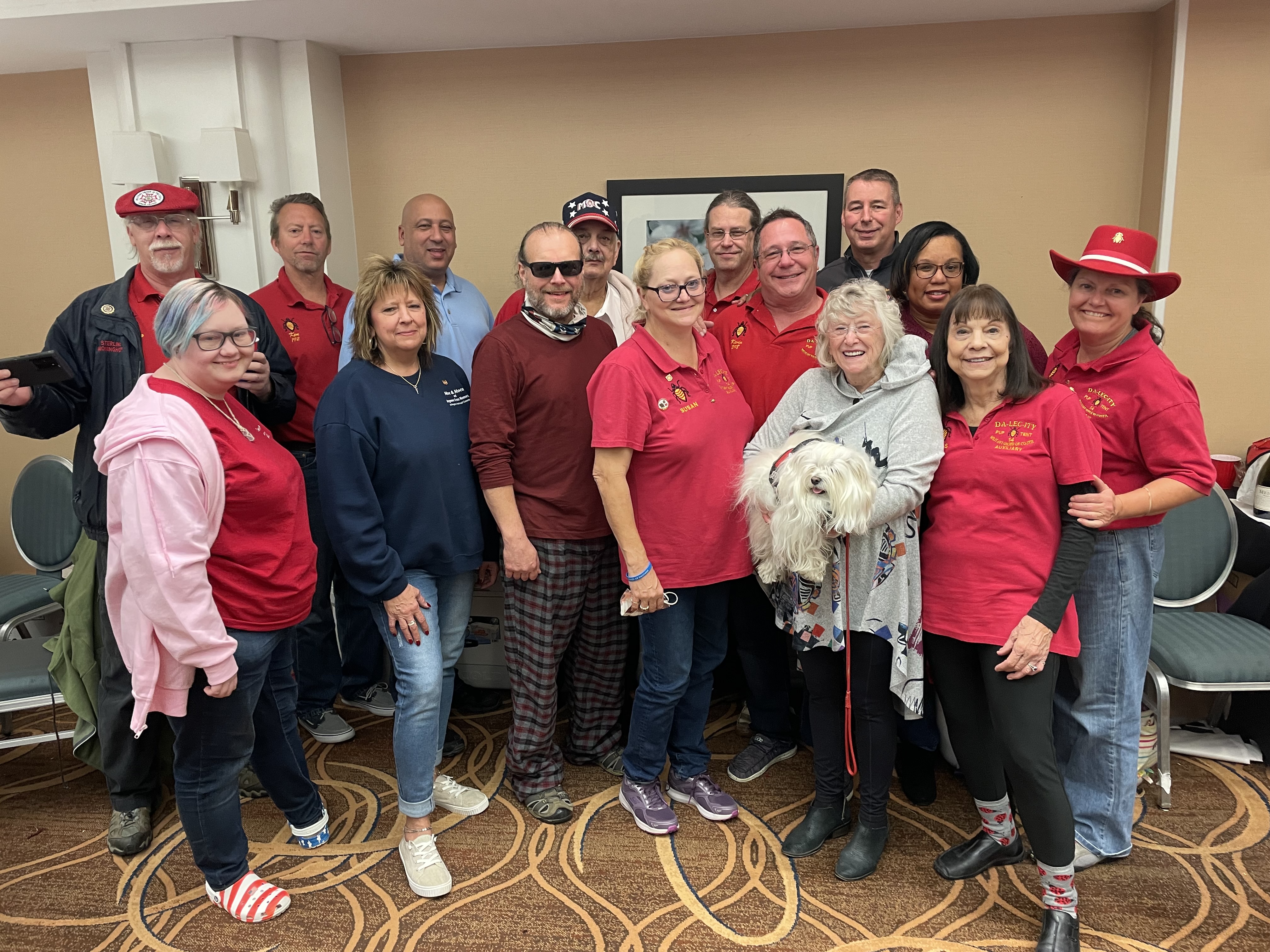 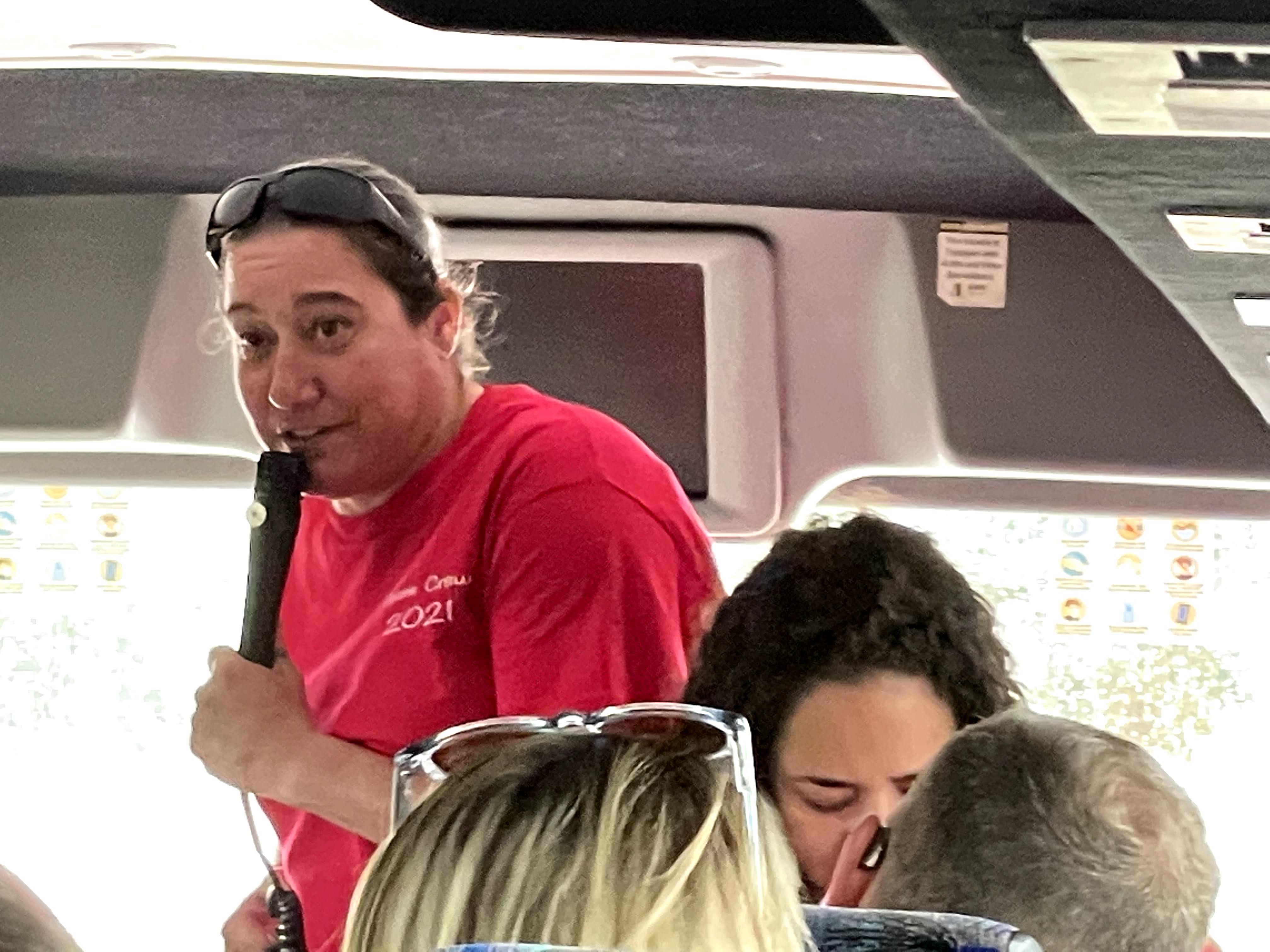 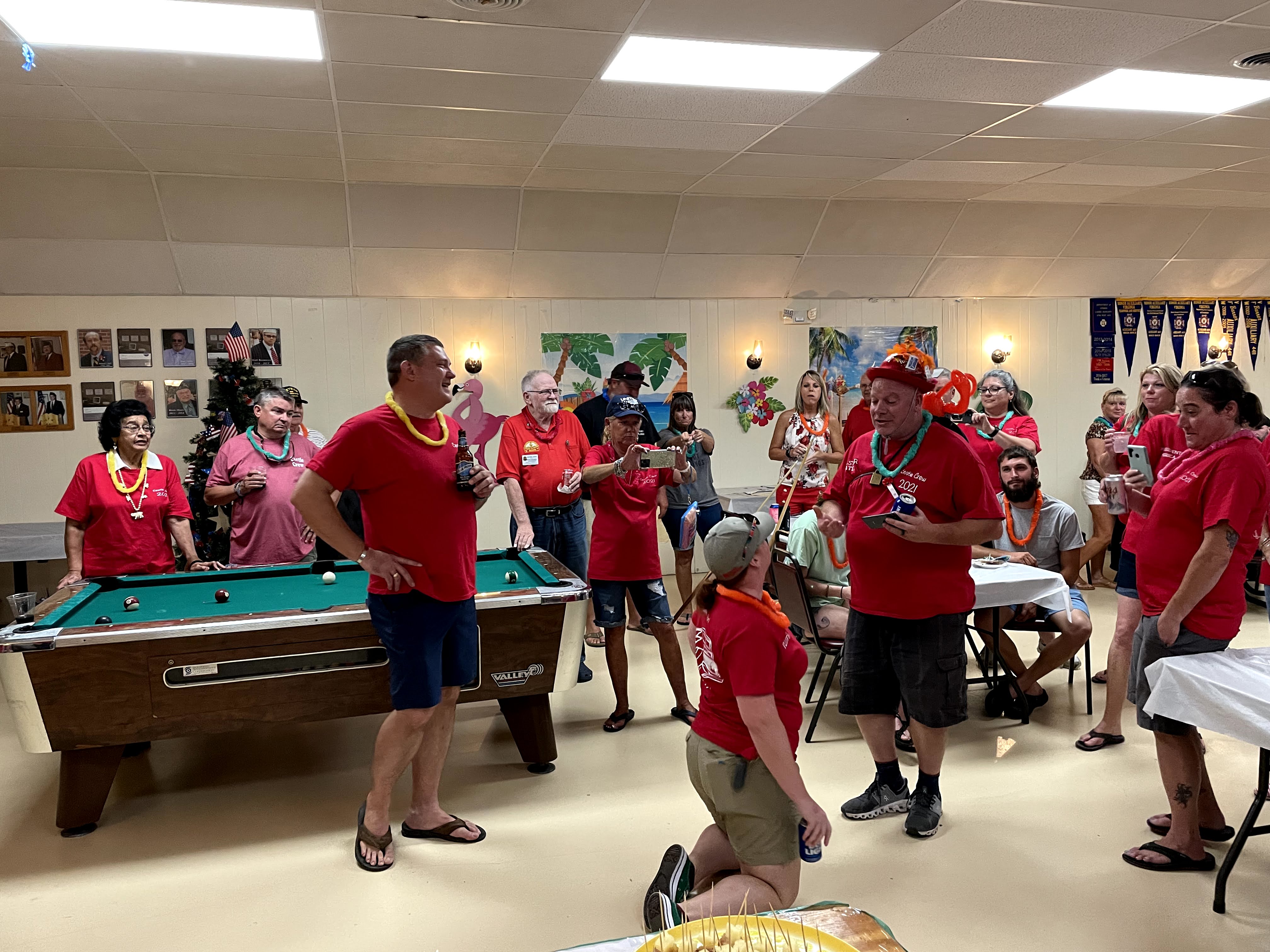 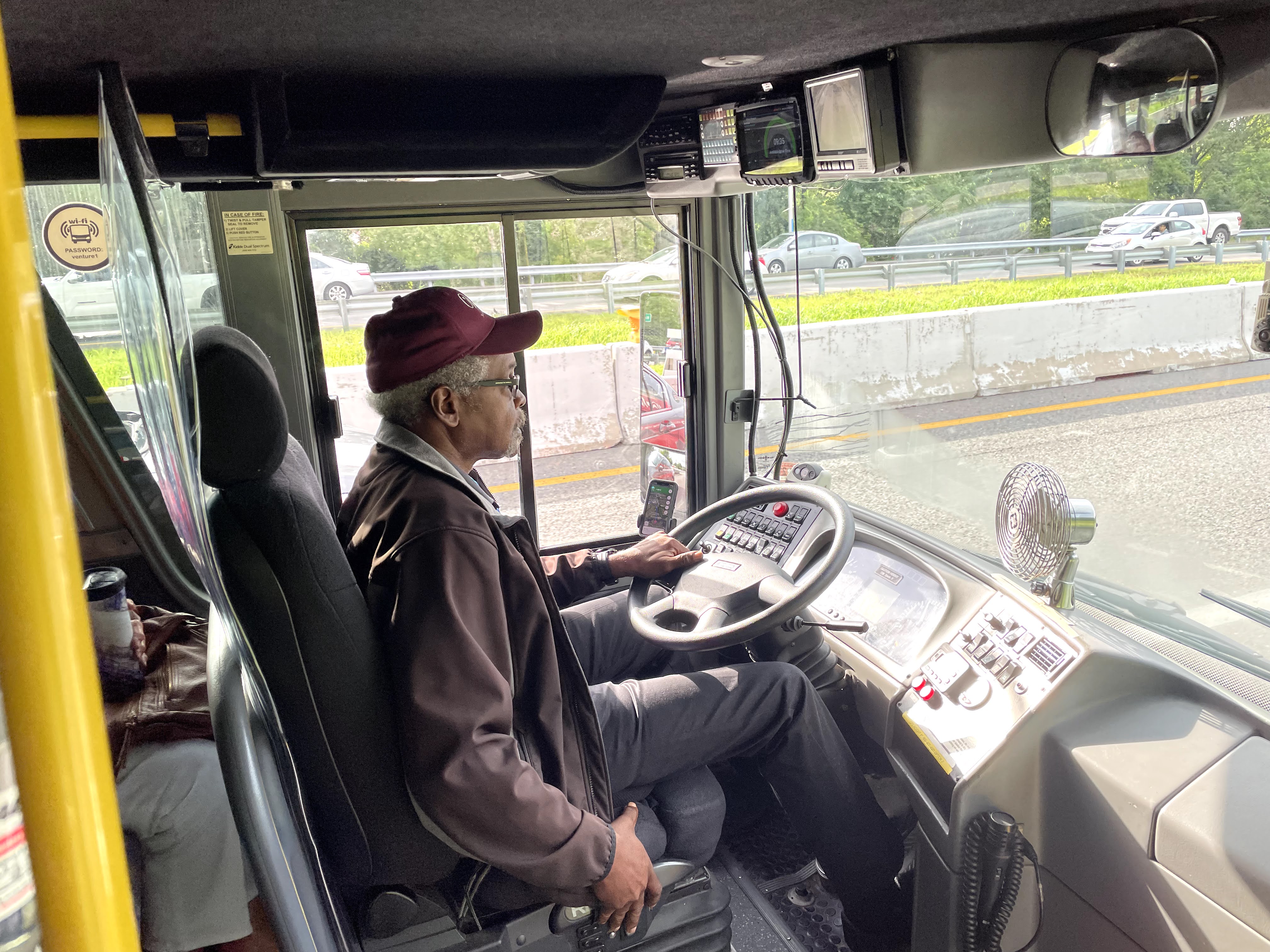